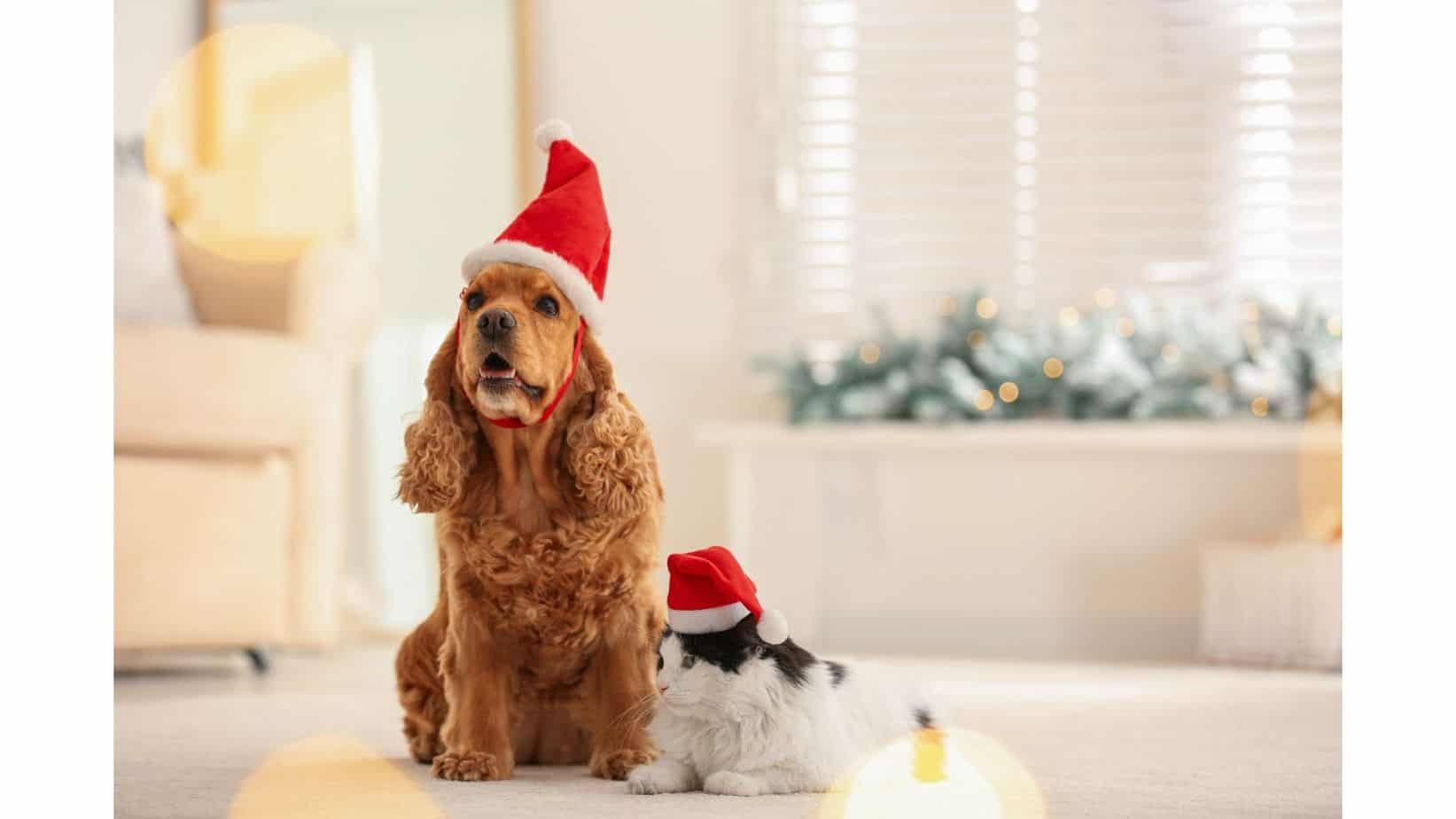 Cat owners who are thinking about buying or adopting a Cocker Spaniel may wonder if their new puppy will be a good fit for their home and may be concerned with potential conflict between the two.

There’s no reason for you to fear your Cocker Spaniel having a tough time with cats particularly if you follow the helpful tips below for introducing them!

In fact, most people find Cocker Spaniels to be some of the friendliest dogs when it comes to their interactions with cats – the perfect breed of dog to have if there are going to be a bunch of felines in the home, too. This is because Cocker Spaniels weren’t bred to hunt mammals and vermin, but rather were bred to be bird dogs.

For example, in my family growing up, our two Cocker Spaniels lived with 2 cats at a time quite successfully, and they only occasionally chased the cats in a playful manner, not anything serious to be worried about.

Let’s dig a little deeper and find out why these dogs get along with cats so well!

As I highlighted above, Cocker Spaniels (any kind of spaniel, really) are absolutely fantastic to have the if you’re going to have cats in your home as well.

While these dogs have been bred as hunting dogs historically, they really only get “triggered” when it comes to birds – and aren’t all that crazy about being aggressive with other mammals, including other dogs or cats.

This breed is one of the most sociable as well, happily wagging their tail and eager and excited to meet new people (and new animals) throughout their day-to-day life. This is particularly true if you take great efforts to socialize your Cocker Spaniel from a young age, which I also mentioned here.

Socialization as a puppy goes a long way towards breaking the kind of bad habits some dogs have with other animals.

At the same time, Cocker Spaniels have such a generally good disposition that they may not need to be raised with cats to still be friendly with these animals.

Plenty of people introduce Cocker Spaniels to their cats later in life and have no negative consequences whatsoever.

Cocker Spaniels usually do have a bit of curiosity right out of the gate (especially if they haven’t met a cat before), but they almost always want to jump around and play with them rather than become aggressive.

Sure, this isn’t universally true across the board for every single Cocker Spaniel that’s ever lived or ever will. However, as far as the breed is concerned, you’re going to have a lot less trouble with Cocker Spaniels and cats than you would with a different breed.

There are things you can do to kind of guarantee that your dog is going to have a great relationship with your cat, especially when your Cocker Spaniel is still a puppy.

For starters, you want to make sure that you are taking your time to introduce your puppy and cat to one another.

Far too often these two different animals are pushed into situations where they have to meet one another on uneven and uncertain terms. That’s going to cause a lot of anxiety and potential conflict between the two pets.

Instead, make sure to give these animals space to sort of feel one another out. Give your cats plenty of room to investigate this new animal (with plenty of escape routes, too) and try to keep the energy of your Cocker Spaniel a little bit limited initially as well.

If introducing a kitten to an adult Cocker Spaniel it is best to keep the kitten in an kennel or enclosed area while the two get used to each other’s scents and mannerisms.

As long as you add a lot of structure to this initial meeting (and the first few meetings after that) everything should go pretty smoothly.

You’ll see their comfort levels increase almost straightaway, and it’s only going to take a couple of times with this type of structure exposure for them to be totally comfortable with one another.

Using A Leash During The Cocker Spaniel And Cat Introduction

A helpful tip would be to have your Cocker Spaniel puppy on a leash with an adjustable chocker while introducing the two pets.

If the Cocker Spaniel makes a move to chase the cat, simply tug gently on their leash to indicate unwanted behavior. Additionally, positively reinforcing peaceful interactions by using treats or a favorite toy can help the puppy adjust to your cat.

Another thing you want to do is minimize the amount of energetic play that your Cocker Spaniel is going to want to participate in right out of the gate.

A good way to do is to take them for a walk or let them run outside in a protected yard or dog park in order to get that excess energy out.

The chances are good that your Cocker Spaniel puppy is going to want to run around, bounce off the walls, and play with your cat or kittens – even though they are significantly larger than those cats (even as a puppy).

You don’t want your cats getting spooked, rushing off, and having anxiety every time they see or smell your Cocker Spaniel is because of a bit of rough play early on. These dogs have a lot of personality (and a lot of energy) and it’s important that you direct that in the right way – especially early on.

As long as you cover all of these basics, though, you really shouldn’t have any trouble at all with these types of dogs and your cats.