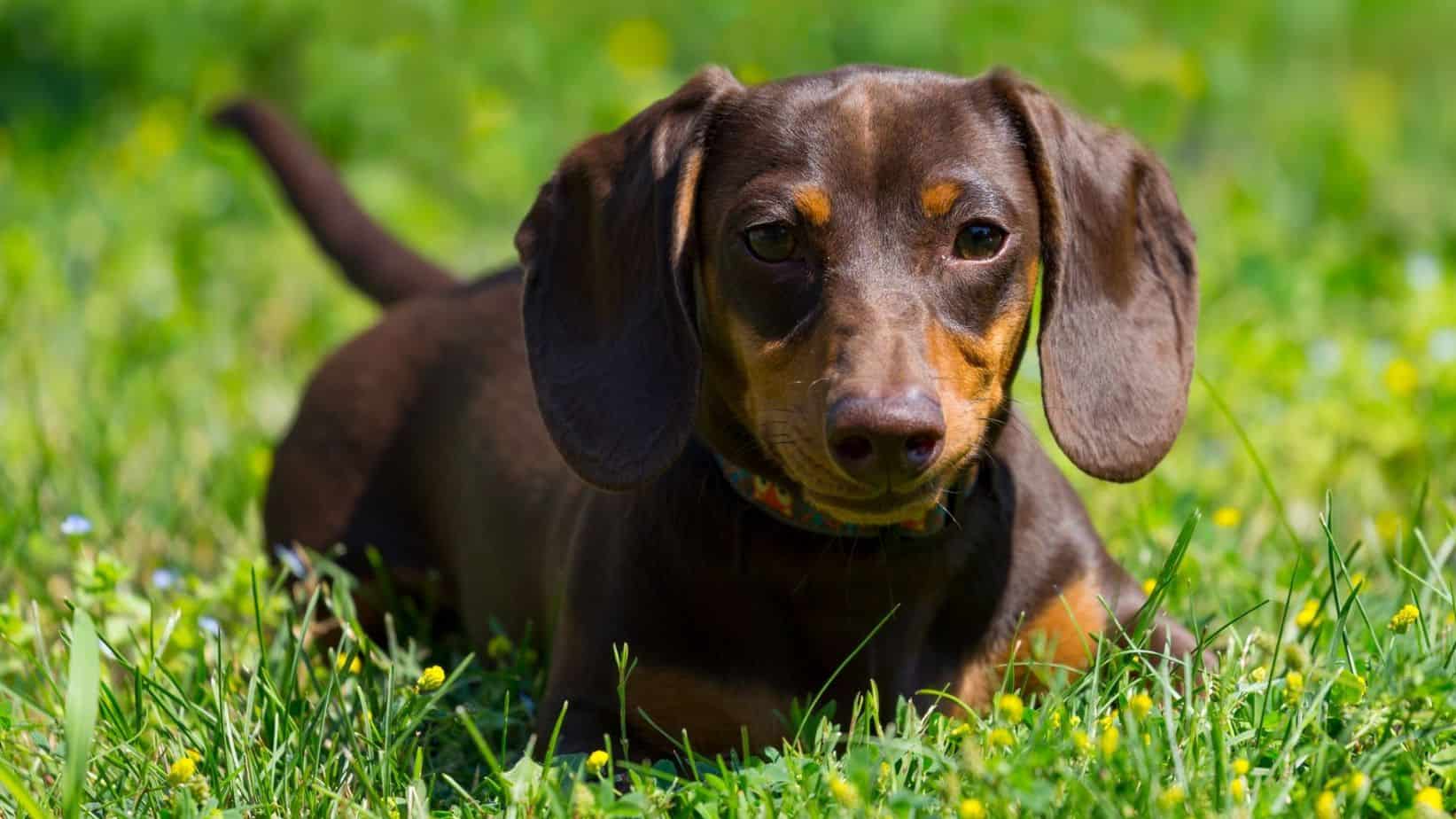 With so many sizes or dogs out there, especially toy and teacup breeds, it is easy to become confused as to what size your Dachshund really is. Standard Dachshunds are almost double the size of a miniature Dachshund, so does that make them a medium sized dog breed?

Standard Dachshunds are considered a small breed of dog if they fall below the generally accepted 48 pound (22kg) weight cut off for small dogs, and the AKC lists Dachshunds as one of the most popular small breed dogs, despite the fact that they may weigh up to 32 pounds (14kg).

Miniature, “Tweenie” and Rabbit Dachshunds fall into the miniature weight category of under 12 pounds (5.5kg).

Dachshunds come in a variety of sizes, not all of which are recognized in the United States and the UK. If you are wondering whether your Dachshund is standard or miniature and what makes a Doxie a specific breed size, stick with me for a bit here.

What Is Considered a Small Breed Dog?

The size classification of a dog breed size usually is defined by weight rather than height. Although the exact definition may vary from source to source, it is generally accepted that dogs under 22 pounds or 10 kilograms are considered a small breed and under 12 pounds would be regarded as miniature.

What Are The 4 Different Dachshund Sizes?

Miniature Dachshunds are between 13–18 cm (5–6 inches) at their withers and weigh no more than 11 pounds (5kg). Typically they weigh around 10 pounds (4.5kg) when fully grown.

Tweenie Dachshunds are an unofficial size of Doxie that is not recognized by the AKC. Tweenies are smaller than a standard Doxie but larger than a miniature. Tweenie generally weighs between  11 and 16 pounds (5–7 kg).

The rabbit Dachshund is known as the Teckel or Dackel and has been around since the middle ages, and it was bred specifically to hunt small prey below ground. The Rabbit dachshund weighs around 8 pounds (3.5kg) or less and has a chest circumference of fewer than 12 inches (30cm) at 15 months.

The rabbit size Dachshund is not recognized by dog clubs in the UK or USA but is recognized by the Fédération Cynologique Internationale (World Canine Federation) (FCI). They are sometimes known as ‘teacup” or “toy’ dachshunds and are not found often in the United States.

When Does a Dachshund Stop Growing?

Smaller breed dogs mature earlier in life than their larger breed cousins, which may take up to 3 years to reach their full size.

It is generally accepted that your Dachshund will stop growing at around 12 months old which is the time that their bones stop growing. Your Doxie will then continue to fill out in terms of their body shape and muscles until they reach around two years old.

A dog’s height is measured from the ground to their withers which is the highest part of their shoulder blades. This is the basis of all standard measurements for dogs and what the American Kennel Club bases their breed classification on.

The AKC’s Breed Standard for adult Dachshunds only takes its measurements at 12 months old, when the dog is perceived to reach its full height.

Dachshunds grow rapidly in their first eight months and due to their dwarfism gene or chondrodysplasia, their legs take a bit longer than usual to fully develop. Their leg bones get longer due to the growth plates on those bones, which finally close off at around 10-12 months.

Depending on your pup, they will continue to fill out until around 18 months or in some cases two years, but will not continue to grow in height.

There are a host of reasons why your Dachshund is not growing properly if you have ruled out that they are not in fact a miniature or just a runt of the litter.

If your puppy is now showing substantial growth (relative to the breed) in the first 8 months, you might consider these possible causes.

Parasites such as roundworm and hookworm can be passed on from your puppy’s mother or the environment and are common in all breeds of puppy.

Most people assume it is underfeeding that is the basis of malnutrition in puppies when overfeeding may also cause health risks. While underfeeding your puppy could stunt their growth, you may do long term damage to your Dachshund pup by overfeeding or giving supplements while the puppy is still growing.

Always ensure that you seek advice on how to keep your Dachshund pup in peak condition and be aware that Dachshunds are prone to food sensitivities.

Although Dachshunds are a small breed and are not as prone to developing growth issues due to excessive exercise, care should be taken not to overexert your growing pup. Excessive exercise may damage the growth plates of the long bones and cause problems later in your pet’s life.

How Did Miniature Dachshunds Come About?

Dachshunds as we know them were created in Germany all the way back in the 16th century. In the late 19th century, German hunters needed a smaller size Dachshund to hunt the European hares that lived in smaller burrows than the badger, Dachshund’s native prey.

At first, they bred the smallest of their Dachshund litters but later mix bred with toy terriers and pinchers.

Later they found that the fearsome hunting prowess was diluted by the mixed breeding and began the painstaking process of breeding the Dachshund smaller over generations.

Can a Miniature Dachshund Pup Grow to Standard Size?

Both standard and miniature dachshunds are of the same breed, so it is possible that you might have a standard pup come from a miniature Dachshund. Responsible breeders will take care only to mate miniature Dachshunds with other miniatures, however that does not always guarantee your mini pup won’t end up standard.

Reputable dealers should have experience and knowledge of their lineage and the chances of a miniature pup giving birth to a standard should not happen often. It is also possible for miniatures to end up slightly bigger than their parents, and that is the luck of the draw.

Dachshunds come in a variety of sizes that are not necessarily accepted by the AKC but that does not necessarily mean that they are not proper Dachshunds. From rabbit to tweenie, to miniature and standard, your loveable Dachshund will always be larger than life.