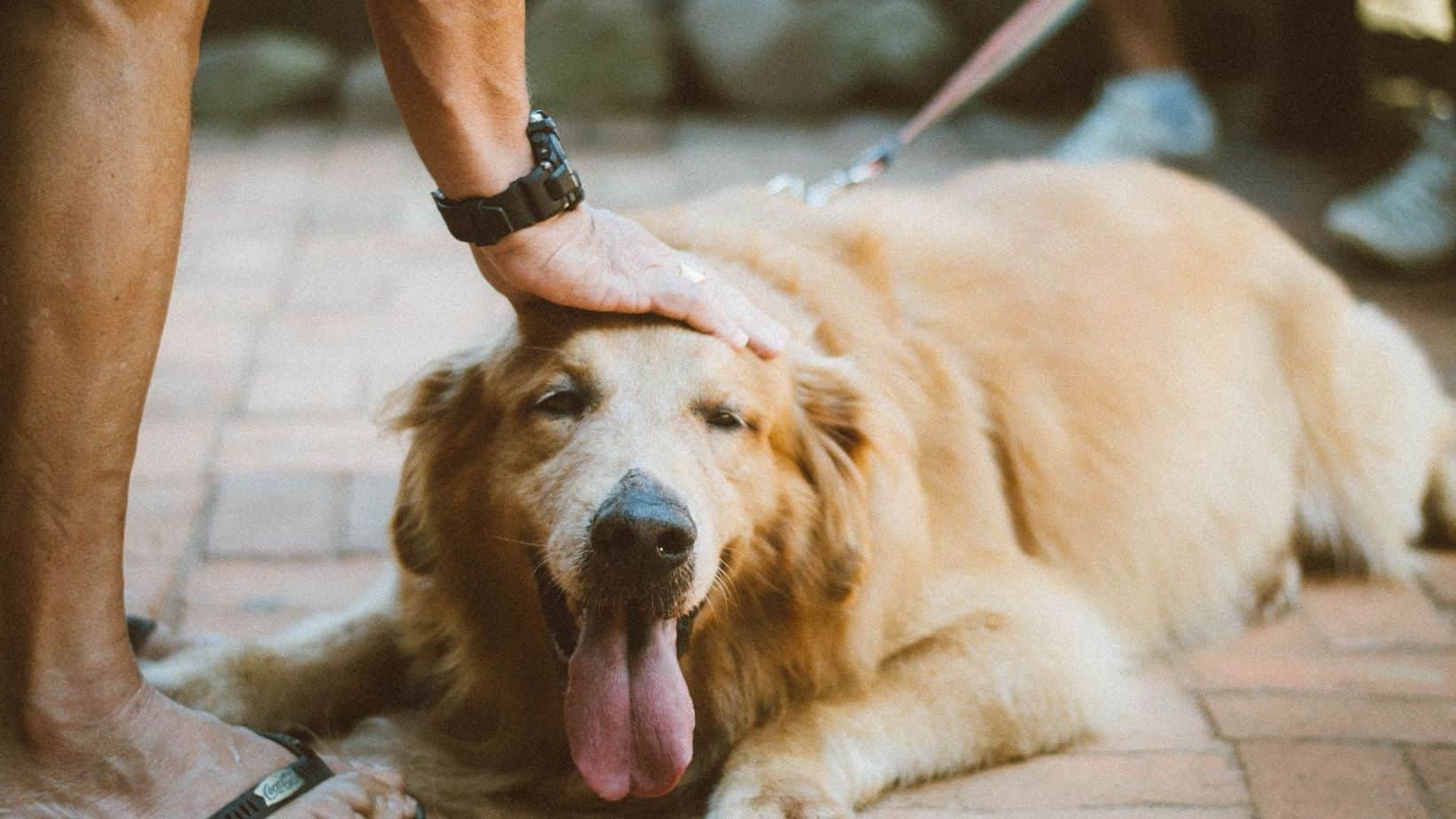 If you’re considering becoming the proud owner of a golden retriever puppy, one of the questions you’ll ask yourself will be how large your dog will become when fully grown. So, are golden retrievers considered large breed dogs?

Well, it seems that this is a source of real debate within the dog world! Some would say yes, they’re a large breed dog, whereas others would argue that golden retrievers sit in the medium-size dog category. Still others say they’re an extra-large dog.

Let’s explore more why there is some confusion about the size category golden retrievers fit into.

If you were to take a look at a Chihuahua, even one that’s fully grown, there’s no debate that they’re a small dog. In the same vein, you’d look at a Great Dane and immediately say they’re a large dog.

But when it comes to a golden retriever, it’s not as easy to put them in a specific category. This is because not everybody agrees on where to draw the line between the different criteria.

For example, some experts say a large dog is one that weighs more than 55 pounds. However, others would say that a dog isn’t considered to be in the large dog category until they’re 60 pounds or more.

And a golden retriever can weigh anywhere from 55-75 pounds, so if you’re looking to size a dog, it should really be taken on a case-by-case basis.

How Large Will a Golden Retriever Be?

The American Kennel Club, many people’s authority on dogs in the USA, states that a male golden retriever will reach a weight of 65-75 pounds, at a height of 24 inches, and that a female will reach 55-65 pounds and a height of 22.5 inches.

In order to stick to one size class, though, the AKC defines the golden retriever as a medium-sized dog.

You’ll find that once you get your puppy home, it’ll seem to grow before your very eyes!

The average weight of an 8-week-old Golden Retriever puppy is 10 pounds (4.5kg). By the time they’re six months old, they’ll be nearly 5 times that size, at a whopping 45 pounds (20kg).

It’s thought that a golden retriever grows at a slightly faster rate than other breeds, and once they’re a year old, they’re considered fully grown, reaching their weight of approximately 70 pounds (slightly smaller for females).

Does it Matter if My Golden Retriever is Considered Large or Medium Size?

Having a dog that’s considered large or medium sized certainly won’t make a difference to how much you adore them, of course, but it can matter in other ways.

Some landlords will allow a medium-sized dog, but not a large dog. If this is the case, direct them to the AKC website which clearly states that golden retrievers are medium-sized!

You should only ever get a dog whose size you can manage. As adorable as a golden retriever is, they will grow to be heavy, robust, and energetic.

They need plenty of exercise and a firm hand, particularly in the training stage, so only get this type of dog if you’re sure you and the others in your household can handle them.

What Affects a Golden Retriever’s Growth?

Your golden retriever’s size at full growth is mostly going to be dependent on its genes. Like humans, how tall they’ll grow to be rests at the mercy of their parents’ genetic makeup. Hormones can also make a difference, particularly if there’s a previous diagnosis of hormone issues.

But diet and exercise can still play a crucial role, and these are in your control as an owner.

A poor diet will mean that your golden retriever doesn’t get the nutrients they need for them to grow strong bones and muscles, so their growth could be restricted. Make sure you get a vet’s advice on the best food to feed your dog from the moment you get them home as a puppy. This will ensure they reach their maximum growth potential.

And, of course, a regular exercise regime will also keep them fit and healthy and at their very best. After all, you’re not only hoping for a strong and tall golden retriever but one with healthy systems, both inside and out!

What Health Conditions Can Affect a Golden Retriever’s Size and How they Grow?

As we mentioned, their diet plays a large role in how a golden retriever grows and develops. This is why it’s so important to start them on the right path when they’re young, with a complete puppy food that will give them everything they need.

As important as exercise is, too, there is such a thing as too much exercise for a dog, particularly before they reach six months of age. Physical activity in extreme amounts can stunt a golden retriever’s growth, so up their exercise gently, as they grow.

Pedigree dogs often suffer from hereditary illnesses and golden retrievers are known to carry a kind of pituitary dwarfism, which affects their hormones, thus affecting growth. This means they’ll remain smaller than an average golden retriever.

Thankfully, this is generally a rare condition, but a vet can test for it if you’re concerned your golden retriever isn’t hitting their growth milestones.

Untreated parasites, contracted illnesses and other health conditions can all cause delayed growth in a golden retriever, some of which they will not be able to catch up from. This is why it’s so important to keep up with regular health checks.

When they’re a puppy, a golden retriever should have all their inoculations before you begin to take them into the wide world for their walks. Then, every year they’ll need annual check-ups and booster injections to keep them in tip-top condition.

A healthy golden retriever puppy will grow into a cuddly, loyal and loving adult who will give you and your family years of devotion.

If you’re interested in learning when your adorable golden retriever puppy will be first able to safely climb stairs, check out my article about that right here.