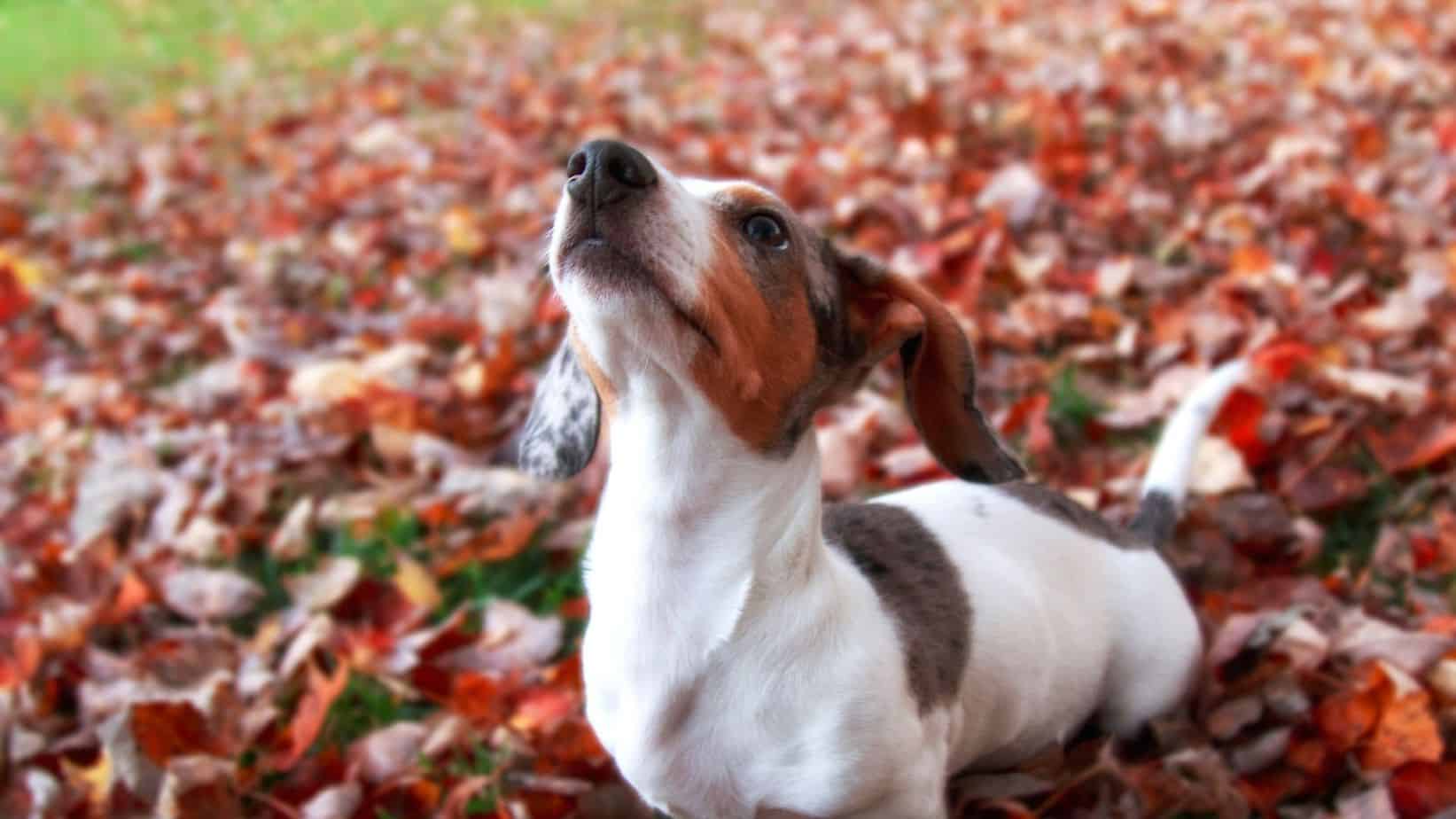 Many ‘exotic’ and ‘rare’ Dachshund breed colorations have hit the American market, and often, they result from unscrupulous breeder tactics to sell expensive puppies. These ‘rare’ breed colorations such as solid white are often poor quality pups of questionable ancestry and may even have underlying health issues.

Although one might find an ‘all-white’ Dachshund, they are not recognized in either the American or United Kingdom Kennel club standards. The UKC states that pure white dachshunds with no body spots except on the head are to be disqualified and the AKC states that only a patch of white on the chest of the standard colors is accepted, albeit undesirable.

When indiscriminate breeders focus on creating variations on standard pigmentation, it can result in health issues for the pups. They may be prone to disease and have shortened lifespans.

If you seek a lovable Dachshund puppy, these are the color variations you should either choose or avoid.

Can Dachshunds Be Solid White?

Dachshunds may be pure white if they are albino or exhibit merle or piebald patterns that appear solid white. Not only are white dachshunds not a breed standard, but the piebald gene often is associated with deafness if the Dachshund head is solid white. Merle to merle mating may result in double merle litters prone to blindness, microphthalmia, and auditory defects.

Double dapple puppies always exhibit white markings over parts of their bodies to varying degrees and may even appear solid white. However, there are health risks for all white Dachshunds and the Double Dapple breed, particularly deafness and eye deformities.

The Dog breed standards enforced by the AKC discourage even the standard piebald Dachshunds from competitions and limit white to only a spot on a Dachshund’s chest.

However, Piebalds have been registered with the AKC more often in recent years. In 1995 for the first time, a piebald Dachshund was named champion in the AKC history. These developments have further applied pressure to the AKC to accept piebalds as a dachshund breed standard.

What Are The Different Colors And Patterns Of Dachshunds?

Dachshunds have 39 pairs of chromosomes, long chains of genes inherited from their parents with coded instructions for all the breed characteristics. Genes also control the color and type of coat, and different combinations of these genes give rise to several colored coats in the Dachshund breed today.

The following color coats are present in the smooth and long coated Dachshunds and (wire coats and mini wires are mostly wild boar sable but do share some color genes.)

Patterns may affect the Dachshunds colors in several ways, and the patterns are as follows:

Dachshunds may also carry a dilution gene, altering primary colors by lightening the basic colors such as Black to Blue and Chocolate to Isabella. Solid color Dachshunds are a point of debate, and most ‘solid” Dachshunds are said to have tan points even in Red and Cream; it is only less noticeable due to slight color variations between the coat and points.

Dachshunds have seven pairs of identified genes that control their coat color even though there may be more as yet undiscovered. A Dachshund puppy’s parentage dictates their dominant genes, and these genes are referred to in science by a capital letter, and recessive genes by small letters. The pigment genes take the form of Alleles, and different alleles from the parent dogs dictate the dog’s pigmentation.

The dapple pattern is caused by a gene called the Merle gene (as found in Harlequin Great Danes and Merle Collies. The Merle gene creates patches of dilution on the coat and can affect any coat color but may not be visible on creams when they are adults. The merle gene also involves eye color, creating blue or ‘wall’ eyes.

Dapple is a dominant gene, so one parent must be Dapple to create Dapple offspring known as ‘Mm’. When there is a ‘MM’ combination, it results in a Double Dapple, which has a specific genetic predisposition towards deafness and eye deformation.

The striped Brindle coloration is also a dominant gene represented by ‘K’, and if one parent has the Brindle gene, they are likely to produce Brindles. Brindle is seen in the Tan/Red/Cream areas of the Dachshund coat and is not visible on Black and Tan or Black and cream. There are no known health issues associated with the KK combination in the Dachshund breed.

The Sable coloration is the dominant color in Wirehair Dachshunds and is seldom seen in Longhair and Smooth Dachshunds. In the Wirehair, it is called Wild Boar, and it is caused by a dominant gene.

One parent needs to be Sable to breed Sables, but two recessive Sable genes will be smooth with Sable coloring. In fully coated Longhairs, the Sable coloration looks darker at a distance, but they display the red/cream characteristic undercoat.

Piebalds are not yet officially recognized as a breed standard in America and the UK, which state that white is not a permissible color on a Dachshund (except on the chest.) There are no known health or welfare issues, but there has been a link between pure white head coloring and deafness.

Piebald coloration is dictated by the recessives ‘p’ gene, so puppies must inherit a copy from each parent to exhibit the coloration.

Dilutes, otherwise known as Isabellas or Blues, are quite rare and are created from the recessive ‘dd’ gene. Both parents must carry the gene for their offspring to exhibit the Dilute coloration and affect the base color in the following ways:

Dilute dachshunds are prone to Color Dilution Alopecia, where the hair is thin and brittle. Dilutes are often prone to allergies, skin sensitivities, and skin cancers.

What Are The Rarest Dachshund Colors?

The dilute Dachshund varieties are rare such as the Blue (which is not blue but a dilute black that appears silver/blue/ grey) or the Isabella, a fawn color. The UK Kennel Club breed standard has marked these breeds as highly undesirable, while the AKC accepts them under the two-tone Dachshund breed standard.

Potential owners should be aware that breeding these color variations can be cruel considering the associated health risks, particularly regarding the skin mentioned above.

Solid black or white Dachshunds are also a point of debate regarding their heritage’s authenticity and are often black and tan varieties with repressed tan points. Solid color dachshunds are frowned upon in show circles as they can ‘muddy’ gene lines and are not a breed standard.

True sables are one of the rarest Dachshund color variations and are often mistaken for a Red dog with a heavy sable overlay. This identification is not correct as true sables are a registered Red with no patterns at all. All body hairs except the face and feet are two-tone with the self color closest to the dog’s body and the darker colors on the hair tips.

Dachshunds are a gorgeous and loveable breed, and if you are in the market to find your Doxie companion, you should ensure your pup is as healthy as possible.

Exotic markings and coloration may mean that your Doxie will suffer health problems and live an unhappy life. Besides, each Dachshund is rare and special enough in nature and personality not to need fancy color variations.