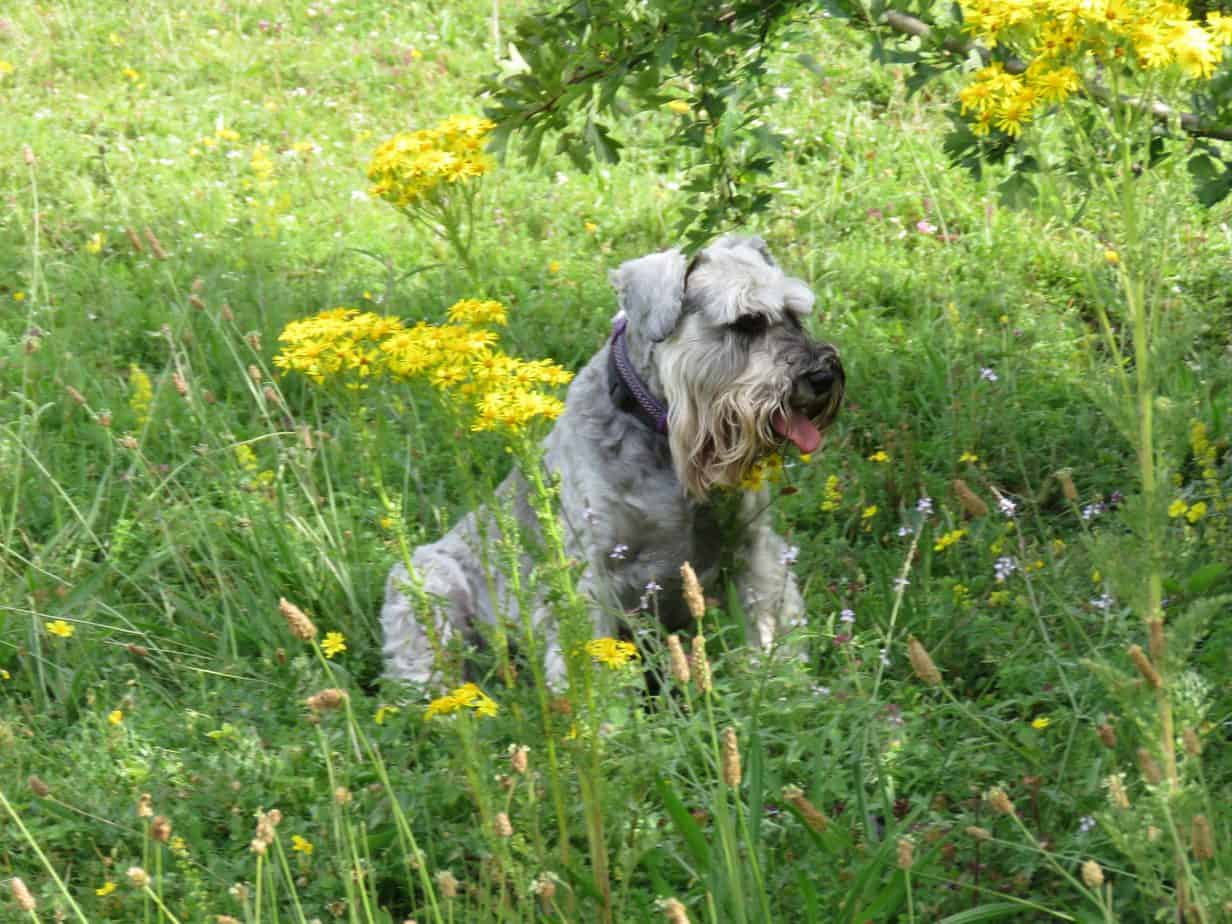 When it comes to dogs we take a long time to choose the right breed for us based on many conditions; size; eating habits, or even looks. But there’s something unique to each species that we often leave out, and that’s how suite they are to living indoors or outdoors.

This might even shock some of you, but not all dogs are meant to live outdoors. And that’s why today we’ll take a look at our fuzzy friends and answer if can schnauzers be outdoor dogs or not.

In short, while miniature Schnauzers can theoretically live outside of your house, they really shouldn’t because of their intolerance for heat, their tendency to get over-stimulated by noises outside, and smaller stature that makes them more vulnerable to injuries and thieves. Our little friends are totally meant to live indoors with us, and while you can adapt them to your backyard with a lot of care it’s far from ideal.

Miniature Schnauzers like most small dog breeds tend to be sensitive to a lot of factors, so if you want them to live as comfortably as possible you’ll keep them indoors most of the time.

So with that in mind let’s take a look at some of the main factors that keep Schnauzers from being an outdoor breed, and in the process learn something new about our pawsome pals.

The seasons tend to be one of the main factors to determine whether a dog breed can live outdoors or not. After all, hot summers and long winters are taxing enough indoors, so imagine how bad they must be for our friends in the backyard. Miniature Schnauzers are in a peculiar situation for this as they actually handle really well one of those seasons.

Schnauzers have a double fur coat, which is really helpful against the cold. While their small looks might fool us to think they are frailer than they really are, a Schnauzer will be relatively comfortable in mild winters. And provided its fur is kept long, it will handle walks in the snow with no issue (sweaters also help). However, the opposite is the case when we think about summers.

The same double coat that helps Schnauzers keep safe from the cold can be a double edged sword when it’s the sun that shines down upon them. To this day there’s discussion of when a double coat can help against the heat instead of making it worse, so a thick fur isn’t the final say for a dog breed. But coupled with their small size they can overheat rather easily.

The issue notably increases if the Schnauzer lives outdoors, as it’ll be exposed to the hot climate more often. And unlike a dog who goes from a cool house to the outside, your dog will be going from heat to even more heat as a result of exercise.

Also, the more time your schnauzer plays outdoors, the more often you should be bathing them like I wrote about here.

Your Schnauzer and Water

While this might only be a concern for owners who have large plots of land or a farm it’s still something that needs to be addressed.

Schnauzers unlike some other breeds don’t really seem to have a water bias, and some of them really seem to enjoy playing on puddles and the like. However, their affinity for it doesn’t translate to actual skill and Schnauzers are generally considered to be pretty lousy swimmers, which I wrote more about here.

Of course, a dog is more than its breed and your schnauzer can in fact turn out to be a great swimmer. But most aren’t, and since they don’t tend to be afraid of water this can be a huge issue if they live outdoors.

Simply put, they can find themselves in really dangerous accidents while playing. And that’s something that really puts a dent on the idea of living outside in a farm or resort.

The Issues with Alone Time

Schnauzers are very playful animals, and this is precisely one of the traits that make them so good as a household pet. They are really affectionate and will largely be ready to play at the drop of a hat.

Additionally, they are fairly energetic, and can keep up even with kids for hours a day. But once again these are ironically not ideal traits for a breed that wants to stay outside.

Granted, in this case the issue lies in just how much time you plan on leaving them to their own devices, but as a general rule they’d rather hang with you than be left on their own.

All their energy must go somewhere and if they have to spend too much time on their own they’ll get rather antsy. The first and most common symptom is just barking. A lot of barking.

Schnauzers have pretty good hearing, and can detect noises and guests way before you do. But if they are being over energetic they’ll detect and react to everything. And small or not they really can bark.

Combine that with the fact that they are outside and you’ll have a siren reacting to everything at hand. All in all it’ll be a stressful time both for you and them, and that’s the last thing we want.

On top of that as any owner with a hyperactive dog can tell you; too much energy can lead to many accidents. Your dog will try to do anything to get rid of its boredom, and when an animal is unsupervised this can easily turn into accidents.

This one should be obvious but it bears repeating, the smaller a dog is the more at risk it can find itself in. This of course varies a lot based on where precisely do you live, but it’s still a general rule.

If there are other animals in the area then a smaller dog is more likely to get hurt when playing or fighting with them. Likewise in a suburb a thief can more easily steal a small dog breed than a retriever, and so on.

There’s no getting around the size of your dog, and that’s a simple fact of life. But if they are near you they are far less likely to find themselves in an undesirable situation. After all, loyal and energetic as they might be they still are small, and that comes with its own special needs.

You Should Be Keeping An Eye On Their Diet

All breeds have their own predilections and predispositions when it comes to health. And while a dog can spend their entire life without developing any of the diseases associated to their species, it’s still a possibility. And when it comes to miniature Schnauzers one of the most common medical complications is the development of urinary stones.

Urinary stones are complicated precisely because they are internal and can’t be easily noticed by an owner. A dog with urinary stones can experience a lot of pain, and outside of their peeing habits it can be almost impossible to tell when they are suffering from it.

Now, these stones aren’t directly cause by living indoors or outdoors, but there is an undeniably correlation that must be kept in mind, and that is food. Your dog’s diet can affect the likelihood of this condition developing. But even more importantly keeping the right diet can help prevent the formation of any more urinary stones.

Conversely on the other hand if you can’t keep track of what your pet is eating you can’t help prevent them as well. And that’s precisely what happens when we leave our dogs outdoors. So while living in the dog house isn’t really at fault here, the lack of control can affect them in the long run.

What Should You Do If Your Schnauzer Needs to Live Outdoors?

The most important thing is not to panic, as we have seen while trying to answer can schnauzers be outdoor dogs or not the simple fact is that they can. It’s just not the ideal situation. That said, if for one reason or another your dog needs to live outdoors this is far from an ultimatum; it just means that you’ll have to keep a closer eye on them.

As we have discussed today, while there are risks involved with leaving a miniature Schnauzer to its own devices, none of them are a huge risk on their own. And the key to ensure their wellbeing is to be responsible and mindful of their special needs, it might be easier indoors, but that doesn’t mean it’s impossible outdoors.

So with that in mind let’s take a look at the main things you should keep in mind when adapting your Schnauzer to an outdoor life:

You can pick up something like this Petmate weatherproof dog house on Amazon that should do a great job of protecting your mini schnauzer.