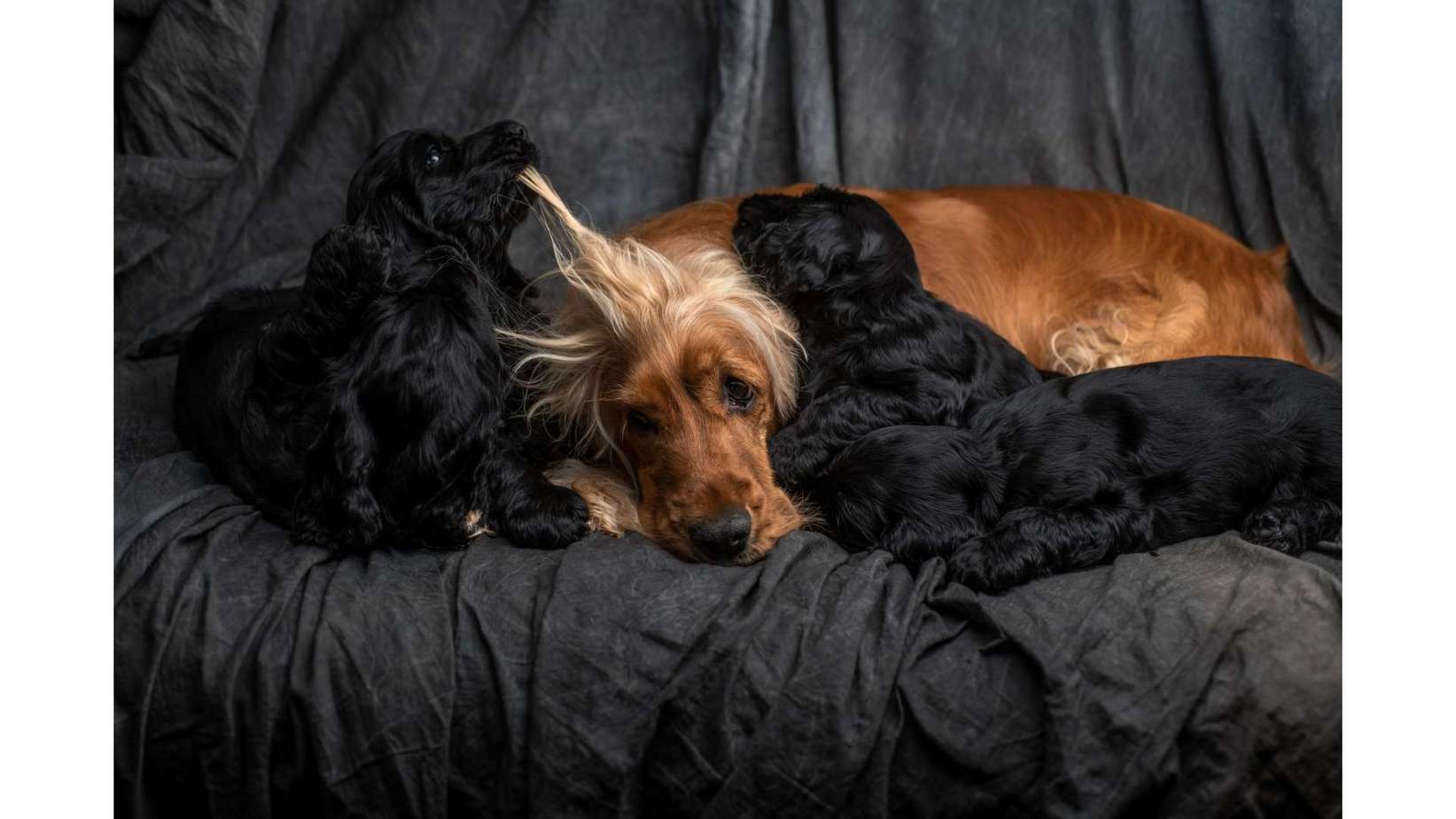 If you have a Cocker Spaniel, understanding its heat cycle and breeding behavior is key to keeping your dog healthy and staying on top of its needs. A Cocker Spaniel’s heat cycle lasts for around three weeks, and can start when the dog is as young as six months old in some cases; Cockers can go into a new season as often as every six months.

Of course, all dogs are different, and your Cocker Spaniel may not come into heat so early, or might have a shorter breeding period, so you’ll need to learn more about your dog and talk to your vet to keep on top of this.

More About The Heat Cycle Of A Cocker Spaniel

Cocker Spaniels may come into season when they are around six months old, but many do not do so until they are eight months or older.

Usually, dogs will have come into season by the time they are two, and if they haven’t, you may wish to talk to your dog’s vet to get the situation checked out and make sure your dog is healthy.

The season will usually last for around two to three weeks, and most Spaniels come into season every six months when they are not fixed.

These numbers can vary considerably from dog to dog, however, and you should not depend on them to keep your dog safe from unwanted pregnancies, or to get your dog pregnant if you are trying to breed her.

Instead, you need to familiarize yourself with the warning signs of your dog’s heat cycle and take precautions or action as necessary.

Cocker Spaniels will usually bleed for some of their heat cycle, and this often begins a few days after the cycle starts.

You need to monitor how long your Spaniel bleeds for, especially if she is a particularly clean dog and grooms regularly, because it may be hard to keep track of unless you actively check.

You can do this by wiping her vulva with a clean, white tissue, and checking it for spots of blood. You should also look out for more grooming than usual.

Bleeding will usually last for about ten days, although it can be a little more or a little less. After this point, your dog is ready to breed, so you need to be vigilant unless you are keen to get puppies.

The blood may turn into a clear liquid toward the end of the ten days, but other colors of discharge should be cause to visit a vet, because it could indicate an infection.

How To Tell When Your Cocker Spaniel Is In Heat

There are numerous signs of heat, and they can vary from dog to dog. Often, the hormones will prompt a behavioral change, and this can be very different in different animals.

You might notice your Spaniel getting particularly hungry, or going off her food.

She might also become unfriendly, or desperate for attention, and she might want to sleep all day, or run around wildly.

She may mark the house with urine, too. Behavioral changes can be a good sign that your dog is going into heat.

Just before your Spaniel enters her heat cycle, her vulva will start to swell, and her nipples may do the same. This is very noticeable in some dogs, but will be less so in others.

If you have a young Spaniel, it’s a good idea to keep an eye on these things, but not to depend too heavily on them.

You will then see the vulva swell just as the dog enters the heat cycle, usually followed a few days later by bleeding. Some dogs bleed heavily, while others only spot a little, and it is even possible to miss that they are doing it.

When Should You Breed Your Cocker Spaniel?

Some dogs are receptive early in their cycle, but in general, you will have more success breeding your Spaniel later in its cycle.

Remember, the season usually lasts between two and three weeks, so you may want to wait until the third week before attempting to breed your Spaniel.

Early on, you may find that the male and female pay little attention to each other, and don’t show any signs of wanting to breed. Later, they should start to take an interest.

Usually, the most reliable time to breed a Cocker Spaniel is after the bleeding has stopped, because this is when she is most fertile.

This fertility usually lasts for around ten days, and then the signs of heat will start to decrease, and your dog will show less interest in males.

If you are trying to breed your dog, wait until the later part of its heat cycle, but be aware that some Spaniels are receptive throughout the cycle.

You should keep your female away from males that you do not wish for her to breed with, and ensure she is contained and under control at all times!

What Should You Do When Your Cocker Spaniel Is In Heat?

You need to keep your dog at home and confined when she is in heat. Do not leave her unsupervised in any outdoor space, or allow intact males to approach her.

Keep doors and windows secured, as she may try to escape to find a male.

If bleeding is a problem, you can use children’s underwear to help control it. Keep your dog calm and quiet, and don’t let her get stressed or pestered by males.

Be aware that she may feel grouchy and uncooperative, and be patient with her.

Most dogs have fairly similar heat cycles, and although you might notice some difference between the cycle of a working Cocker Spaniel and a show Cocker Spaniel, it probably won’t be particularly noticeable in most cases.

Because the cycle can vary considerably between individuals anyway, it’s unlikely you will see a significant difference, even if you keep both working Cocker Spaniels and show Cocker Spaniels.

There might be some variations, but in general, their heat cycles will be very similar processes.

A Cocker Spaniel can come into heat as early as six months old, or wait up until about thirty-six months old.

The season will affect your dog’s mood and behavior, and will often last up to three weeks, sometimes even a little longer.

It will be accompanied by swelling and bleeding, and once the bleeding has stopped, you can breed your Cocker Spaniel if you wish to do so. This is when she will be at her most receptive to males, and more likely to have puppies as a result!

link to Do Maltese Dogs Get Cold? (Cold Weather Tips)

Maltese dogs can get cold easily due to their small size. Shorter-haired Maltese will feel the cold more than those with a long, full coat. How much the cold weather impacts your dog will...

Continue Reading
link to Can Maltese Be Left Alone For Very Long? (Explained For Beginners)

When deciding to take home a furry friend, there are certainly many factors you will need to consider. Finding the perfect addition to your home takes a little research, but at the end of the...