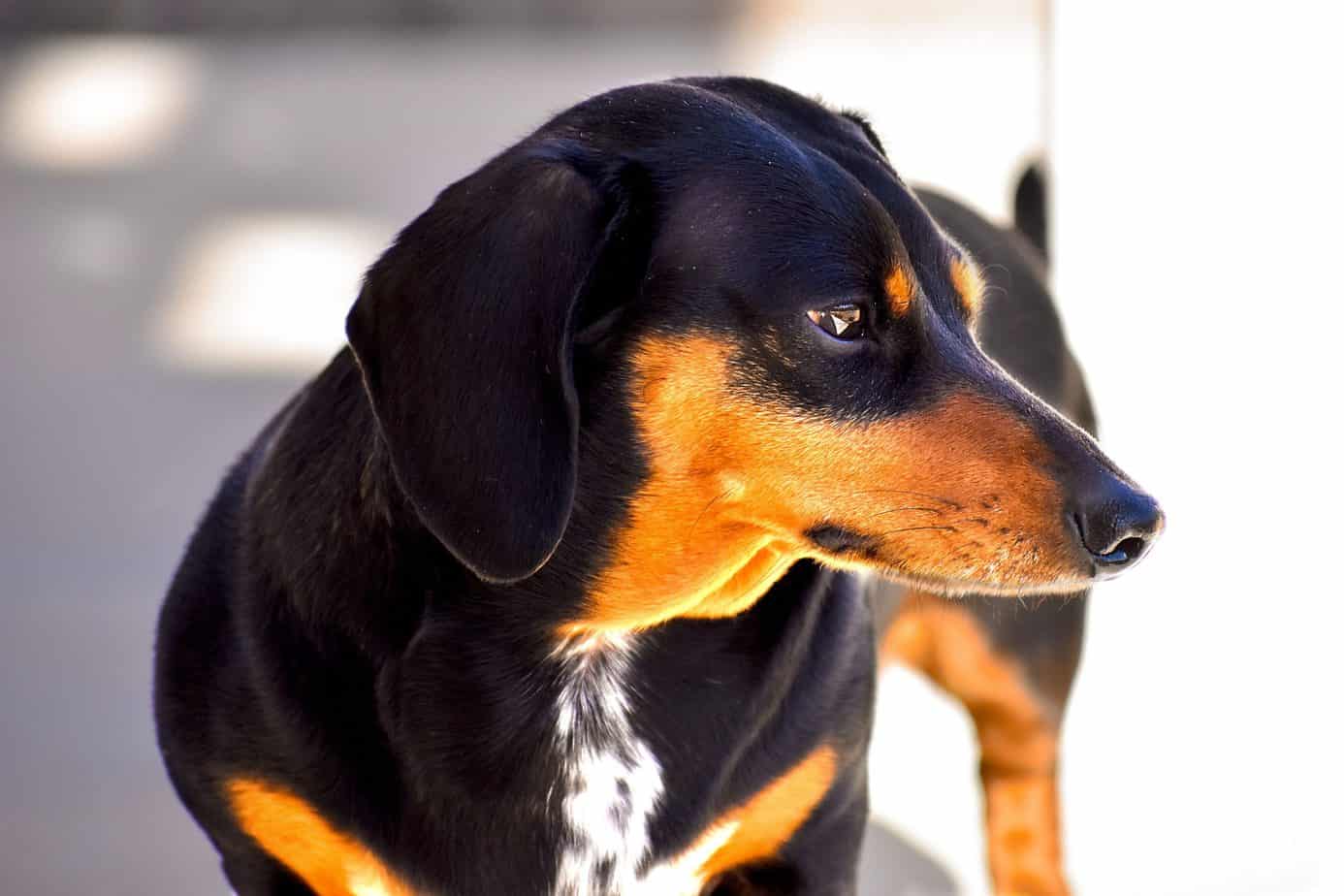 Dachshunds are a loveable and intelligent breed that can be almost human-like in personality and behavior. They are bold little dogs who are often protective of their owners and their homes with an uncommon vigilance. As lovable as they are, along with their wonderful attributes, certain breed tendencies can be problematic.

Dachshunds do bark a lot (loudly for a small dog) and fulfill the function of their breed type, which is a hunting or hound dog with keen alertness and sense of hearing. Dachshunds were bred to hunt fearsome badgers in their underground lairs and alert their owners to prey. They are easily stimulated by unfamiliar noises and people they deem to be intruders.

There are ways to train your beloved dachsie to lessen this genetic tendency, even if it is funny to see their short front legs lift in the air when they bark.

If you have a Dachshund that barks or plan to own one, it is essential to know what provokes their barking behavior. Knowing your Dachsie’s triggers will allow you to work on keeping the behavior to a minimum. Here are some of the reasons why your sausage dog might be raising the roof:

Contrary to their diminutive size, Dachshunds are courageous and protective of their owners. Not only do they have a big dog-sized bark, but they also have an uncommonly keen sense of hearing. If you own a Dachshund, you will know that however sleepy and comfortable they appear, they are always on 24-watch mode and never really switch off.

This hyper-alert nature to sounds means that no one will ever sneak up on you at night. But nighttime barking can be problematic for you and your family.  To ensure that your dachshund is properly exercised, preferably walk or play with them early and later in the day.

Exercise and stimulation will help your Dachshund to release its fearsome hound dog energy productively, which I wrote more about here in article about dachshunds running. The results of whether or not running is good for Dachshunds may surprise you, because I myself was surprised!

Dachshunds bond to their owners fiercely and can suffer from separation anxiety when parting with their owners. Dachshunds are an excellent family breed or one-owner household breed but do not cope well with being alone for long stretches. Your Dachshund might be so miserable that they become quite vocal about it, which I wrote more about here.

This behavior may worsen as your Daschund becomes older, and they become even needier of their human friend’s company.

Ensure that you have someone to spend time with your dog when you are out for long stretches to eliminate the barking and whining behavior.

When I need to be out for the day, I leave my Dachsie with my mother (who spoils her terribly). You could find a doggy daycare or enlist a neighbor or friend’s help so that your furry friend is not so lonesome that they become vocal about it.

Your cute little sausage dog hunter was bred with a purpose. They were bred with the courage and the intelligence to hunt badgers in their own dens.

Badgers are cunning and dangerous, especially when cornered, and Dachshunds had to be smart and fearless to bring down their badger opponents successfully.

In the Western United States, they are even used to trail wounded deer and prairie dogs. All this fearsome intelligence and design does not lend itself well to an environment without mental stimulation.

Dachshunds love to put their long noses into action and explore outdoors (and terrorize squirrels if they can.)

Your dachshund needs time outdoors to let out their hunting hound nature. Just like humans who are incarcerated or deprived of stimulation, your super-smart Dachshund might begin to exhibit signs of disturbance.

Ensure your Dachshund has regular outings to give their urges an outlet, and you will find they will bark much less.

Dachshunds Need to be Socialized

A Daschund’s protective nature may make them intolerant of other dogs around them. Most hunting dog breeds such as terriers can also become aggressive or vocal with other dogs if they are not properly socialized.

If you have a Dachsie pup, make sure that they are around other dogs early and get used to interacting with other canines.

If your Daschsie is older, you might benefit from adult socialization classes or walking groups. If your Dachshund barks at other dogs while on the leash, keep calm and try to rectify the behavior.

How to Make Your Dachshund Bark Less (With Video)

There are ways to stop your Dachshund from barking excessively, and knowing the triggers is the palace to start. Some of these ways include:

If you already have a Dachshund whose excessive barking gets on your nerves, I suggest you check out this video below for a helpful, specific method to train your Dachsie to stop barking at your command:

Below is another video that explains a similar method to the first one but with more emphasis on reinforcing calming behaviors when faced with environmental distractions:

If the above tips aren’t working and you really need for your Dachshund to not bark for a few hours at a time, like at night or when you really need quiet in the house during the day, you can try this bark collar for small dogs on Amazon that has two no-shock vibration modes (beep and vibrate) to see if it keeps your pup quiet.

Your Dachshund is a devoted and intelligent member of your pack and deserves all your love and attention. You should not forget that your cuddly, belly scratch demanding friend is also a fearsome hunting hound that needs different care and stimulation from an average mutt.

Training, stimulation, and rewards for quiet behavior will set you on track for a less vocal best friend. Its all part of the joy of living with the bravest little hound you will ever find.