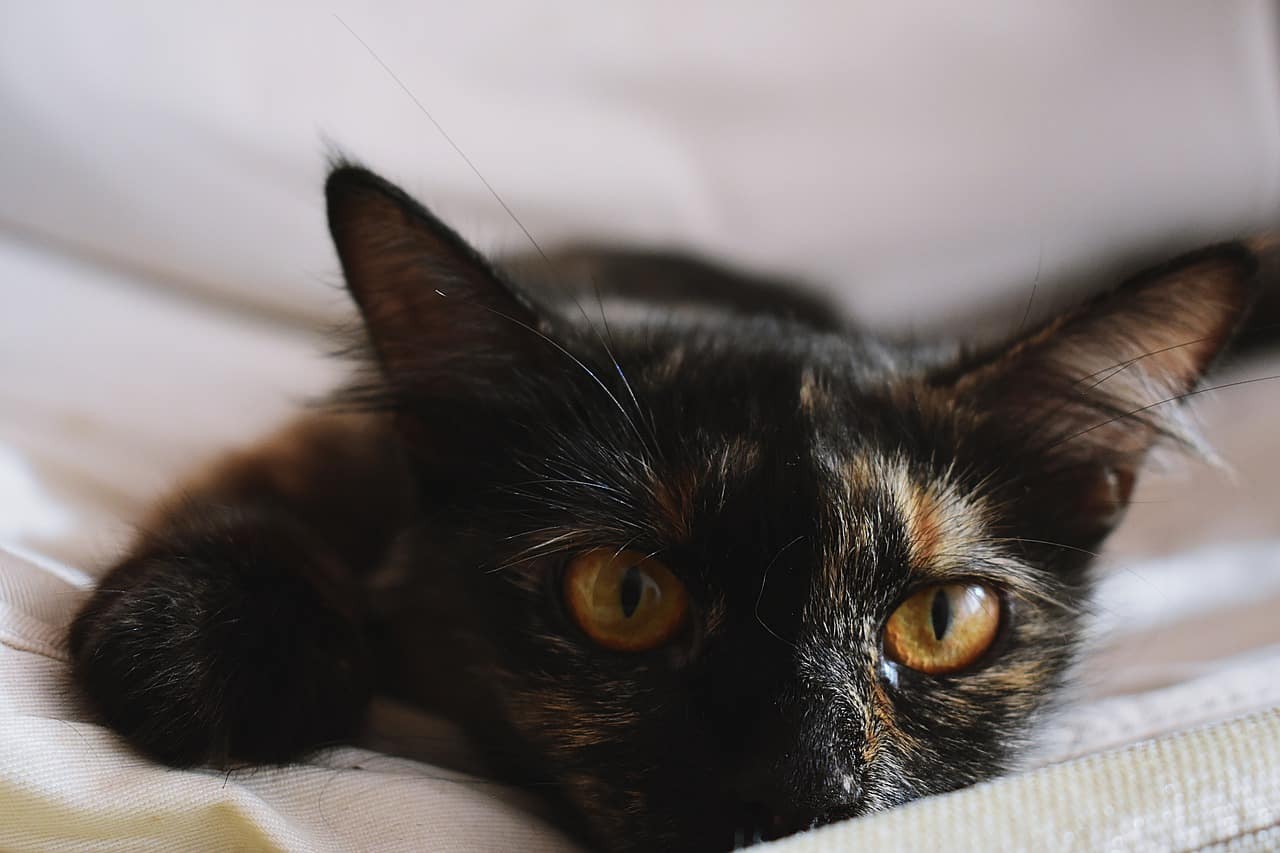 How do you get a tortoiseshell cat?

After the kitten is conceived, the embryo randomly turns off one of the x chromosomes in each cell, which results in red and black, or tortoiseshell coloring.

Unfortunately, it is not possible to specifically breed a tortoiseshell cat.  While it is possible to use the scenarios determining the color of their kittens, the desired outcome may not happen.  Tortoiseshell cats are not uncommon, however, and can often be found for adoption.

What cat breeds can be tortoiseshell?

While not an exhaustive list, here are several cat breeds that have been known to exhibit tortoiseshell patterns:

What is the difference between a calico and a tortoiseshell cat?

While very similar, it is possible to distinguish a calico’s fur pattern from that of a tortoiseshell based on whether or not they have white fur. A calico cat will have orange and black coloring like a tortoiseshell, but will also have a considerable amount of white fur as well.

While all tortoiseshells are calico in terms of coloring, not all calicos are tortoiseshells.  Tortoiseshells may have white fur but it will not be predominant and their colored fur will be in a more brindled pattern, whereas a calico’s is more patchy.

What Are Some Common Tortoiseshell Cat Names?

If you’ve adopted a tortie kitten, you might want to know a few fun names for your new kitty. According to this article some of the most common cat names for females are Luna, Bella, Chloe, Kitty, Lily, Mia, and Sophie.  Depending on the dominant colors of your tortie, here are a  few suggestions: Snickers, Caramel, Onyx, Tigger, Spice, Honey, Patches, and Dotty.

What is a Tabico or Torbie? Are Their Personalities Different From Tortoiseshells?

The term “torbie” comes from the combination of tortoiseshell + tabby.  A torbie has distinctive tabby stripes mixed in with its fur pattern.  To tell the difference between a tortoiseshell and a torbie, look at its black fur.  If the black fur forms distinctive stripes, particularly on the cat’s back, she is most likely a torbie.

A tabico refers to a calico patterned cat with tabby stripes woven into their coat.

In regards to personality, a torbie or tabico cat will tend to have a more feisty temperament than a black/gray tabby cat with no tortoiseshell coloring. According to a UC Davis study, a tortie, calico, or torbie ranks higher in aggressive tendencies than a female black and gray tabby but less than that of a female cream, orange, or buff tabby.

It may come as a surprise to some cat owners, myself included, that gray and white and solid white female cat owners reported higher levels of aggression than tortoiseshell/calico/torbie owners.

To wrap things up, tortoiseshell cats may have tortoiseshell kittens, but this is not always the case, and is dependent upon the color of the mate.

If you are in search of a tortoiseshell or calico cat, I would suggest visiting an animal shelter or a pet supply store on  adoption days.  Many lovable kittens (and cats) are always available for adoption, and are sure to make a happy addition to your home!