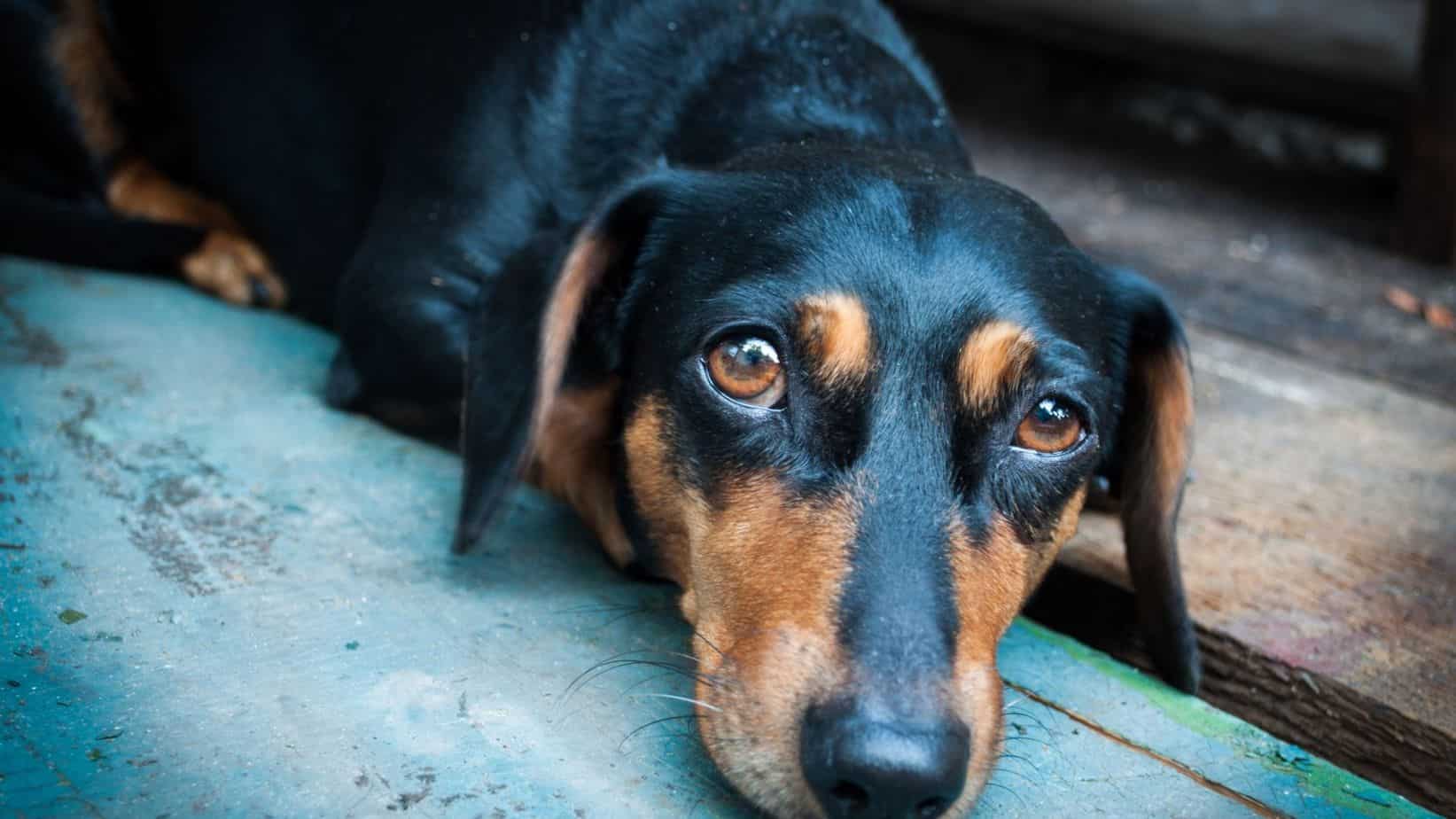 Veterinary Science has become increasingly informed on the emotional lives of our beloved four-legged companions. Dogs feel many of the emotions that humans feel but cannot express their unhappiness in human language.

If your Dachshund is depressed, they will be listless, have reduced appetite, become withdrawn, and show little interest in toys and play. Dachshunds can experience depression due to various factors such as owner separation, grief, or changes in their environment. Owners must take care, however, because the symptoms of depression and illness may be similar.

If your Dachshund is behaving out of character and illness has been ruled out, your Dachshund may be suffering from depression. Depression in canines is usually more short-lived than in humans, and there are ways and means to get your Doxie out of their funk.

Here are some of the reasons why your Doxie may have the blues and how to make them feel better.

Can A Dachshund Suffer From Depression?

It is a commonly accepted fact these days that animals have emotions much like humans, and dogs can suffer from similar emotional problems that we do. Dogs experience anxiety, irrational fears, obsessive and compulsive disorders as well as depression.

The growing field of Animal Behavior Pharmacology has already ascertained that serotonin plays a vital role in depression in canines much the same way it does in the human brain. Certain events may trigger episodes of depression in your Dachshunds, such as grief, change of environment, or trauma.

Dogs can suffer depression from lack of stimulation, abuse, or isolation for long periods. Signs of depression in a dog are much the same as humans:

Did you know that Prozac also works on dogs that exhibit signs of depression? Eli Lilly, a pharmaceutical company, introduced a canine Prozac version in chewable beef flavor that works much the same way in humans.

Why Would My Dachshund Be Depressed?

There are several reasons why your beloved Dachshund may be feeling blue. Much like humans, the trigger of a depressive episode can be different for each person. The most common reasons for dog depression are as follows:

Your Dog is Grieving

With the loss of an at-home companion and playmate such as another dog, or if a loved family member moves out, dogs can display symptoms of depression.

Your Dachshund is Ill

Often the symptoms of withdrawal and listlessness are not depression but a reaction to an underlying illness. It is essential to have a veterinary check-up if your Dachshund is not eating properly or exhibiting behavior out of the ordinary.

Changes in Your Dachshund’s Environment

Your Dachshund may react to changes in their environment by becoming depressed. Just like humans become anxious and stressed when moving house, so does your four-legged companion. Dogs take time to adjust to their environmental changes and may even suffer from depression in the darker winter months.

You may approach your vet before a move or lengthy travel for advice on certain medications that may help a sensitive dog better cope with their emotions.

Your Dachshund is Reacting to Your Emotions

Dachshunds are highly intuitive and have a strong emotional bond with their human family. If you are stressed and distracted, your Dachshund may pick up on your emotions and become withdrawn and anxious themselves.

Changes in your working hours and more time spent away from home can be a significant catalyst to depressive behavior. Dachshunds bond very strongly to their owners and may become heartsore when they have been apart from their owners for an extended time.

Are Dachshunds Prone to Depression?

Because Dachshunds are such social and intelligent creatures, they form deep bonds with their owners. Because of this fact, Dachshunds are particularly prone to separation anxiety if separated from their owners for a length of time. My Dachshund Emily gave me the cold shoulder when I got ready for work and would not look at me.

She would crawl and hide under the bed and refuse to eat any food or treats until I returned to the house. Her depression was heartbreaking, and I had to find a solution. For this reason, I take my dog to my mother’s house and pick her up on the way home.

There are other dogs there and companionship, and she is happy to get ready with me and go to her ‘granny daycare.’ Dachshunds are sensitive souls and can fall into a depression, like other dogs.

However, due to their social natures, the cause behind their depression is often isolation and separation from their loved ones more often than not.

How Can I Help My Dachshund out of a Depression?

Much like humans, there are many reasons why your companion may be down in the dumps. Once you have made sure that there is no underlying physiological reason, there are many ways to cheer your dachshund up.

Get a Companion or Take Them to Doggie Daycare

If separation is your Dachshunds cause of depression, consider a doggie daycare or leaving your pup with a trusted relative. You may consider getting your Doxie a companion so that they do not feel so isolated when you are away. Dogs take solace in canine company if they are left alone at home.

Get Your Dachshund to Exercise

Often your dog may exhibit depression-like symptoms when they are suffering from lack of stimulation. Your Dachshund has an alert and interested little hunting brain, and they will become listless and depressed if they are not engaged in walks, play, and social interaction.

If your pup looks down, try a walk around the neighborhood or a new toy to cheer them up!

Increase Your Social Interaction and Play

Sometimes we get so busy with our lives that we neglect our best four-pawed companions. If you have not had quality time with your pup, plan a day to make it up, go to the beach or the forest, or your Dachshund’s favorite walking spot. My Emily can never stay mad at me when I take her to squirrel territory.

Just make sure that you do not lavish attention on your Dachshund when they are in a withdrawn and depressive state, as this can encourage their behavior. Instead, draw them out with activities you know they enjoy.

Always as a last resort, you may seek a behaviorist’s recommendation if your dog would benefit from antidepressant medication. Like human depression, your Dachshund may be suffering from a chemical imbalance that could be alleviated by medication.

How Can You Tell If Your Dog is Ill Or Depressed?

Depression and illness may look similar when it comes to behavioral symptoms in a dog. If you are unsure whether your dog is ill or depressed, the easiest way is to take your pet to a veterinarian for a check-up. Symptoms that are not depression-related may also include:

Your dog has ways of speaking to you as clearly as if they had human speech. If your dachshund is unhappy, they will let you know by their behavior and body language. If your Dachshund is depressed, there are several ways that you may approach a solution, and medication should always be the last resort.